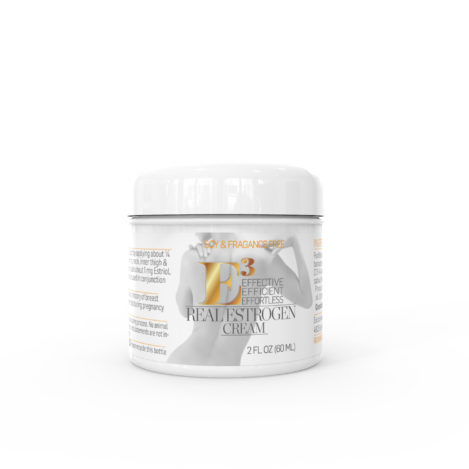 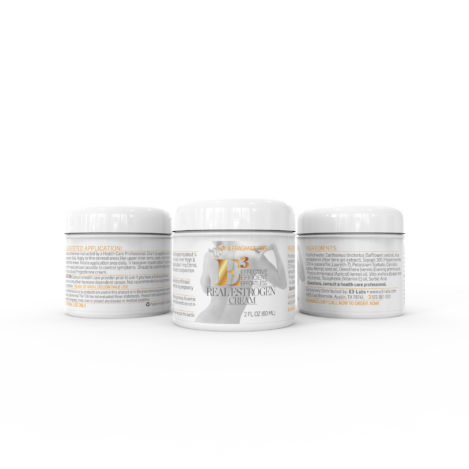 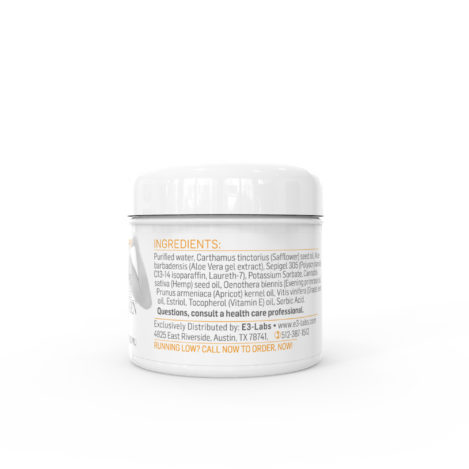 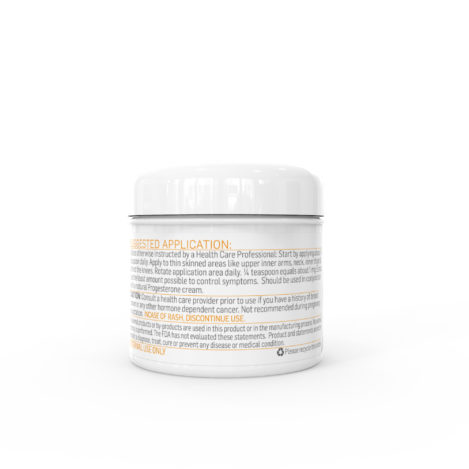 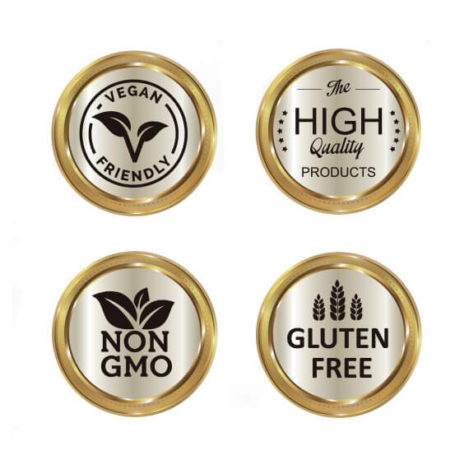 E2 Real Estrogen Crème is a Non-Prescription Natural Estrogen (Estriol USP) Not to be confused with Phyto-estrogens.

Losing estrogen can have a profound effect on a women’s mental and emotional balance. RESTORE your balance.

With the onset of peri-menopause and finally menopause estrogen is decreased in the body, naturally replacing it will help alleviate symptoms.

As we age, it is the loss of hormones that causes the onset of peri-menopause and finally, menopause. For women, menopause is a direct result of the loss of estrogens in the female anatomy. These estrogens, are a group of female hormones produced in the ovaries which are responsible for regulating the function of reproduction in the female body. As such, these estrogens determine a woman’s body shape by distributing fat to different areas of the body, aid in the development of the uterus, and construct tissues in the brain and bones. Safe levels of estrogens in the body help maintain proper blood flow, control cholesterol levels, and act as an antioxidant filtering harmful chemicals from the body.

Menopause is known as the final phase of menstruation when fewer eggs are produced and then the ovaries stop producing estrogen altogether. Instead they produce minute amounts of testosterone (a male hormone) which is stored in body fat. A loss of estrogen contributes to stopping the female anatomy’s daily routine of maintaining homeostasis (holistic balance in the body) and has effects on the brain as well.

Studies have shown that estrogen helps improve blood flow to the brain and prevents Alzheimer disease by blocking the production of chemicals contributing to it. It also increases the level of serotonin – a chemical in the brain known to improve mood. As you can see, losing estrogen can have a profound effect to a woman’s mental and, as a result, emotional balance.

Estrogen is not the name of one hormone, but the name of three special femalehormones that unite to form one. They are known as E1, E2 and E3. E1, the first set of estrogen hormones in the series, is also known as estrone and is the primary source of estrogen in the body. E2 (or estradiol) is the most important estrogen developed by the ovaries and E3 (estriol) are special estrogens that are produced during pregnancy when high levels are present. During menopause, E1, E2, and E3 are all affected, and after its aftermath, low levels of estrone is the only source of estrogen remaining in the female body. It is important to note that this female hormone serves a helping function as well, transporting vital enzymes throughout the system, maintaining positive levels of cholesterol, and sparking calcium activity.

Post menopause brings even lower levels of estrogen in the body. This officially marks the end of monthly periods, the malfunctioning of ovaries, and the ability to reproduce. Since the ovaries stop producing estrogen and progesterone at the same levels it used to, having a child is nearly impossible. During this full transition, periods can also be affected. This loss of estrogen can cause irregular periods for some women, often with a lighter flow. It can also causes emotional problems like depression and aggression toward people for no ‘apparent’ reason. As stated before, lack of hormones means you lose ¨balance¨.

The loss of hormone “balance” results in various well known and well documented symptoms. These symptoms include, but not limited to: weight gain, water retention, depression, forgetfulness, bone loss, hot flashes (Day and Night), pain during intercourse and more.

* Estriol is not a phyto-estrogen.

Don’t confuse phyto-estrogens with pure natural estriol USP. The natural estrogen, estriol USP, is made the same way natural progesterone USP is made. Sterol analogues found in many varieties of plants are combined with specific bacteria and the resulting hormone is bio-identical in chemical structure to the hormone produced by the human body.

CAUTION: Consult a health care provider prior to use if you have a history of prostate, breast cancer or any other hormone dependent cancer. Not recommended during pregnancy or lactation.

Disclosure: All information compiled is strictly for educational purposes and E3Lab.com is not responsible for this information. The FDA has not evaluated these statements. Products and/or statements are not intended to diagnose, treat, cure or prevent disease. Consult with a health care professional. Not recommended during pregnancy or lactation. No animal products or by products are used in the manufacturing. NO animal testing is performed.

What are you looking for?